At Wirral Met we are extremely proud of all that our students achieve, during their time in College, as well as when they embark on their chosen careers. We are currently building an alumni community of former students who are becoming a inspirational role models for others.

Interested in signing up to be part of our alumni community? You will have the opportunity to:

Register to become an alumni of Wirral Met today!

If you have any questions with regards to becoming an alumni? Simply send an email to This email address is being protected from spambots. You need JavaScript enabled to view it. and we'll get back to you. 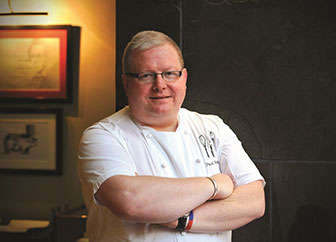 Paul Askew, Chef Patron of The Art School Restaurant, is one of the North West's most popular Chefs. During his time at Wirral Met, Paul studied a Hospitality and Catering Diploma that encompassed management, intuitional operations and culinary specialisms. After his time at the College, Paul worked in many hotels and restaurants, starting on a higher apprenticeship programme with De Verve Hotels. He then went on to develop his skills working in independent restaurants in New York, before returning to the UK and taking on his first Head Chef position at a country house in Cheshire.

Paul then went on to open Liverpool's critically acclaimed The Art School Restaurant in 2014 which has won many awards and accolades, including being the first restaurant in Liverpool to make the Sunday Times Top 100 Restaurants in 2017. Paul is also the Chair in the North of England for the Royal Academy of Culinary Arts.

When talking about his time at the College, Paul says “I think Wirral Met College helped me enormously when I decided what I wanted to do… I think the course that I went on gave me a fantastic foundation and background to what this mad industry is." [the course] "gave me the technical side, the underpinning knowledge of what you need to learn to be a successful chef or a successful maître d' of the future. If you’ve got a passion in your heart and you’ve got a real desire to do this properly then the best thing can do is get on a foundation course.”