Christopher enjoyed and benefitted from the course’s variety of modules including screenwriting, theoretical approaches and directing, which saw him work on documentaries and music videos.

After completing the course, Christopher progressed to Bournemouth University where he studied BA (Hons) Media Production. During this time he also worked as a freelance videographer for over two years. 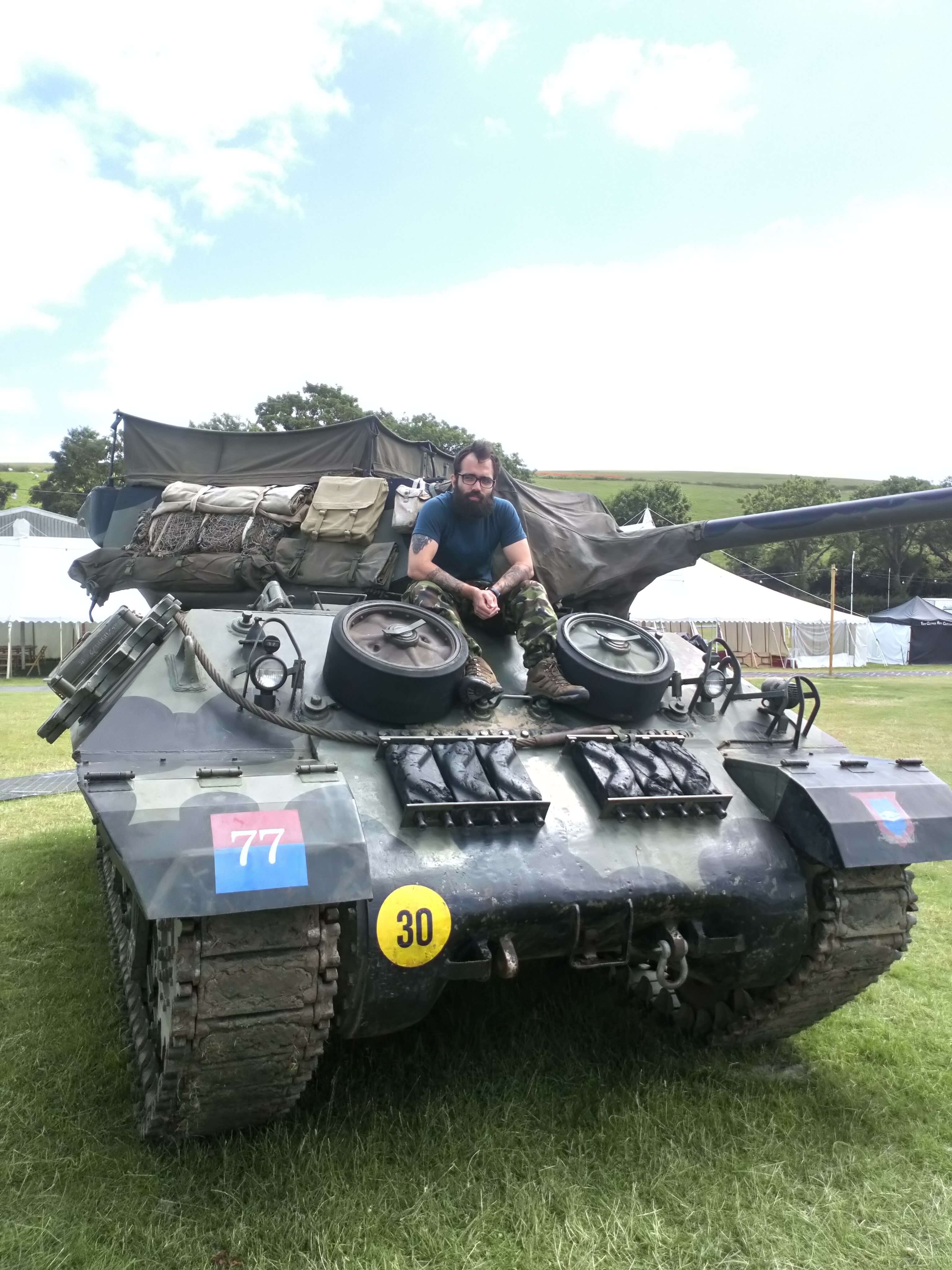 This photo was taken at Chalke Valley History Festival, where Christopher was in charge of managing up to £70,000 worth of film equipment for the festival!

Currently, Christopher is studying MA Directing at MetFilm School at the famous Ealing Studios in London – known for the production of Notting Hill, Downton Abbey and The Theory of Everything! Working with real clients to live briefs, Christopher has gained knowledge in different types of direction based on film, television and theatre.

After graduating from his MA, Christopher hopes to secure a position at a production company whilst working on his own film projects.

Christopher said: “Wirral Met’s Creative Media Production course provides one of the most important elements to a student’s success – enthusiasm. Positivity is infectious and I would highly recommend the course to people looking to work in the media industry whether it’s as an editor, a writer, producer, or director thanks to the positive attitude from the tutors.”

INTERESTED IN A CAREER IN THE MEDIA INDUSTRY? GAIN THE SKILLS EMPLOYERS ARE LOOKING FOR AND LEARN ABOUT ALL ASPECTS OF VIDEO, PRINT PUBLISHING AND DIGITAL GRAPHICS WITH THE BTEC CREATIVE MEDIA EXTENDED DIPLOMA.