Travel and Tourism students from Wirral Met College had the opportunity to visit Liverpool John Lennon Airport for a live emergency exercise by the Fire and Rescue Service. Students took part acting as aircraft evacuees.

The planned exercise consisted of standing next to the Fire Service Training Rig as if they had been evacuated from the aircraft, then being coordinated by the Emergency Service to a triage area to be transported to the Airport’s Evacuation Reception Centre to be processed through border control. 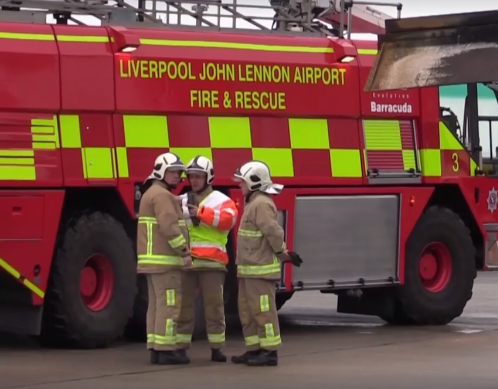 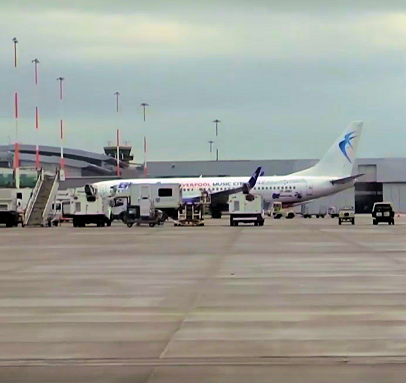 The day was an exciting experience for students as they took part in the airside action to make it as realistic as possible. Liverpool John Lennon Airport provided evidence of the career opportunities available to students with a range of roles from Airport Ground Crew and Air Traffic Controller to Cabin Crew or Pilot.

Megan is in her first year studying Aviation Operations and said, “I would like to work as a member of Cabin Crew in the future and it was great to be a volunteer on the aircraft”.
Megan is looking forward to travelling to Palma in May for an airside tour of Palma Airport.

Aviation Operation Level 3 student Ellis said, “It was fantastic to be a part of the fire drill in a real scenario”.
Ellis visited Palma last year and has more recently been to Athens taking part in a full tour of the airport, spending time experiencing sites such as Lykavittos, the Acropolis and the Vouli (Parliament).

Find more information about the courses we offer in Travel and Tourism.