Wirral Met are very proud to see that one of our alumni, Jim Whelan, who studied Foundation Art with Wirral Met in 1985-86, was commissioned to create a bronze statue, located in Hamilton Square in Birkenhead.  The statue, entitled Futility, was unveiled on the centenary commemoration of World War 1 on the 11th November 2018.

The Birkenhead Institute lost 88 members, known as ‘Old Boys’, in World War 1. The council gifted a plot of land to plant 88 trees to commemorate each of the fallen soldiers. In 2013, the council announced that the trees were to be cut down for housing space. The community demanded that the trees be replaced with a fitting monument, as a result Jim was commissioned to create the brilliant piece of art, which features an engraving of Wilfred Owen's poem 'Futility'. 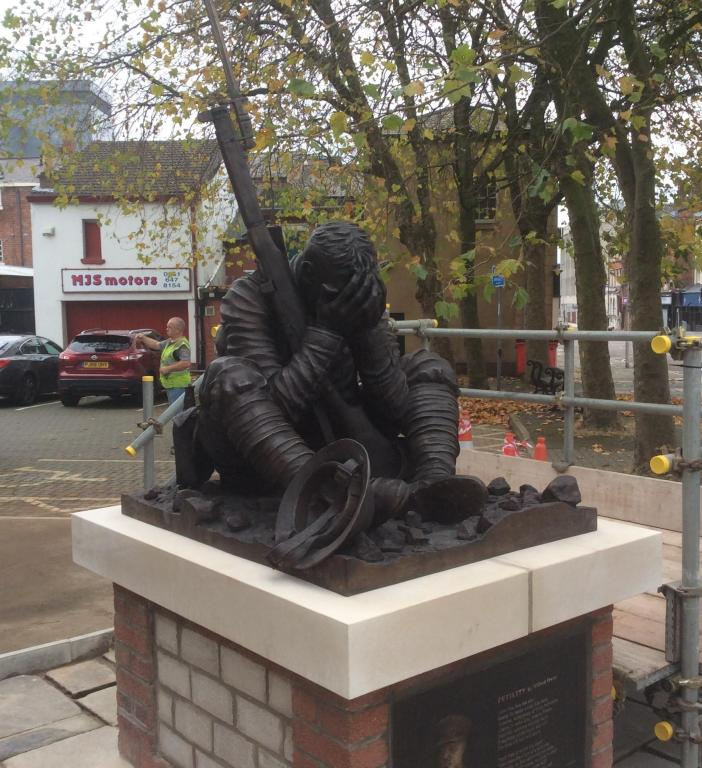